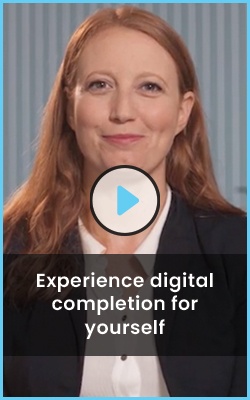 What is an electronic signature?

Yes. Today, after decades of eSignatures and the ESIGN Act, there is no question about eSignatures legal position.

In the year 2000, the federal Electronic Signatures in Global and National Commerce Act (ESIGN) and the state Uniform Electronic Transactions Act (UETA) entrenched the validity and criteria for electronic documentation and signatures. Below are the fundamental elements. A fuller reading is available here

The fundamental development of both ESIGN and UETA is that electronic records and signatures have the same legal standing as handwritten signatures and paper. Particularly that a document or signature cannot be denied legal effect or enforceability solely because it is in electronic form.

The law directs that signatures are only valid if the signer(s) had intended to sign. This is no different than ink and paper signatures. This is another core tenant ensuring eSignatures legal status.

ESIGN and UETA require that the electronic signatures must be accompanied by associated elements that show a graphic or text element that clarifies that it was executed electronically or detailing the electronic process by which the signature was created.

The law directs that there must consent to electronic sign. This can be either explicit or as a result of actions. Where one party is a consumer, the consumer must receive UETA disclosures, actively consented for electronic interactions and have not retracted that consent.

For electronic documents and signatures to be valid and legally effective, they must be both retained and be able to be reproduced by all parties entitled to the document.

eSignatures are accepted around the world, but different regions and countries have different frameworks in place to permit them. This post will address the United States, the United Kingdom, and the European Union.

eSignatures in the US

In the US, the legal acceptance of eSignatures is based on two main acts: the state Uniform Electronic Transactions Act (UETA) and the federal Electronic Signatures in Global and National Commerce Act (ESIGN). Both acts were passed in 2000.

In the US, documents that have been signed electronically are accepted in almost all situations. That includes B2B, B2C, and C2C interactions and interactions between the government and businesses or individuals. There have been many court cases that recognized the reliability of eSignatures, enshrining them in case law.

eSignatures in the UK

According to English law, a valid contract doesn’t necessarily need a written signature, as long as both parties have full understanding of the contract and reached a mutual agreement. This being the case, an electronic record – like an eSignature – is acceptable proof that both sides agreed to the document. These are Standard Electronic Signatures, or SES.

There are some documents, however, that still have to be signed by hand, including:

eSignatures in the EU

Many European countries share the UK’s approach of accepting contracts as legally binding without a handwritten signature. In 2015, EU legislation replaced the 2000 eSignature Directive with Regulation (EU) No 910/2014, usually referred to as eIDAS. eIDAS stated that there are three types of eSignatures – SES, AES, and QES, just like in the UK.

Like in the US and UK, there are just a few situations in which only a handwritten signature will do. These include:

It’s important to remember that each member of the EU has its own set of requirements for eSignatures.

You don’t want there to be any chance that your customers’ eSignatures aren’t accepted. To avoid this, follow these best practices:

A power of attorney document allows one party, the agent, to make financial decisions on behalf of another party. This is obviously a very sensitive document and consent must be meticulously documented. At the same time, many parties may prefer to execute the documents electronically. If that’s the case, they will normally want to use a digital signature. But is that legally valid?

The answer to that question depends on the nuances of the Electronic Signatures in Global and National Commerce Act (ESIGN), the Uniform Electronic Transactions Act (UETA) and other state laws that govern the use of eSignatures.

It’s important to note that the majority of states do not require a written Power of Attorney, though there are specific exceptions such as healthcare and real estate transactions.

Given that POAs don’t usually need to be in writing to begin with (though often they are as a matter of convention), they can be executed electronically with an eSignature. If the POA document does need to be in writing, however, the question of whether a digital signature is acceptable depends on the purpose of the POA.

For example, the UETA and EIGN Acts only authorize the use of electronic records and eSignatures (instead of a traditional wet signature) during a “transaction,” related to “business, commercial, or governmental affairs.”

Exceptions to Digital Power of Attorney

But it’s less clear how eSignature laws apply to healthcare directives, particularly in states that have not adopted the Uniform Power of Attorney Act (UPAA). These documents usually allow the agent to represent the principal under any circumstances, even if they don’t fall under the specified transaction. Furthermore, the appointment of the agent may not even be considered to fall under “conduct of business, commercial, or governmental affairs.” The Reporter’s Comments to the UETA (specifically Comment 9 to Section 3) acknowledge this gray area:

“Records used unilaterally, or which do not relate to business, commercial (including consumer), or governmental affairs are not governed by this Act in any event, and exclusion of laws relating to such records may create unintended inferences about whether other records and signatures are covered by this Act…”

Health POAs have been established in some states. These POAs may be subject to unique requirements regarding execution, acknowledgment, and even notarization. Typically, such powers are not considered a transaction and, therefore, wouldn’t be covered by the Act.

However, even if such a record were to arise in a transactional context, this Act simply removes the barrier to using an electronic medium and preserves other requirements of applicable substantive law, avoiding any necessity to exclude such laws from the operation of this Act. Especially in light of the provisions of Sections 8 and 11, the substantive requirements under such laws will be preserved and may be satisfied in an electronic format.

Accordingly, under existing law, the ability to use electronic records and signatures in connection with a POA may depend on one or more of the following: (1) the purpose for which the POA is created, (2) any specific legal requirements related to the formation of the POA, and (3) the purpose for which the POA is used. In addition, note that it is not clear whether a POA revocation, if state law requires it to be in writing, constitutes a “transaction” – creating the possibility that revocation could not be done using electronic records and signatures, either.

There may be additional considerations in those states that have not adopted the uniform version of the UETA. This includes Washington state, which did adopt UPAA but did not adopt the definitions allowing for electronic records or signatures, and New York, which expressly excludes certain POAs from coverage under the New York Electronic Signatures and Records Act, but separately authorizes electronic execution of some POAs under other law.

The Bottom Line: Digital Power of Attorney is Usually Possible

In most cases, digital power of attorney is legally recognized. This is especially true in cases where it’s not even necessary to have a written POA. If a company or person chooses to electronically execute their POA, they should consider adopting eSignature software to go along with it.

The Business Impact of Lightico’s eSignatures

In a world where customers are on their mobile phones, businesses are thirsty for ways to sell and service them in real-time, wherever their customers are.

With Lightico, agents have an integrated suite of digital tools they can add to their live phone conversations to better serve their mobile customers: Leapfrogging PC and face-to-face customer experiences.

New Survey Reveals the State of Consumer Lending in the US

Let’s face it: managing customer delinquencies, loan extension requests, and other modifications can be unpleasant…

Loan origination tends to be a cumbersome, messy process. Banks and credit unions find themselves…