How ID Verification is Evolving

ID verification has come a long way since its beginning. While its purpose has always been the same — to ensure that a person who attempts entry to a certain group truly is who they claim to be — it has evolved in more advanced directions than could have ever been imagined. In this blog post, we will explore the history of what is now known as ID verification, in all its various manifestations.

Here are some of the most important stages in the long history of ID verification.

Hundreds of thousands of years ago, there was no such thing as official forms of ID. Ancient civilizations used decorative beaded jewelry for identification purposes. The oldest discovered piece of jewelry that served this function dates back 100,000 years ago and were found in Israel and Algeria. The types of beads used represented various signifiers, such as social status or marital status. This suggests that even ancient civilizations used standard methods of communicating what we now call personally identifiable information (PII) to one another.

Similarly, some ancient societies, such as the Maori people of New Zealand, devised elaborate tattoos that represented different status markers, such as ancestry, rank, and abilities. Each tattoo would be slightly customized to the individual receiving it, making it the closest ancient equivalent to the modern ID card.

As the written word started to evolve and gain a more dominant role in society, ID verification moved away from physical objects and tattoos to written language documents. The first known example of a government gathering citizens’ PII goes all the way back to 3800 BC at the time of the Babylonian empire. The ruling power would take and record and census every few years, and maintained highly detailed records of its citizens. Numbers didn’t yet play a role in this, so manual identification was the norm.

Later, the Roman Empire devised more complex methods of collecting data surrounding more detailed information about citizens. This meant that a larger number of documents were put forth, including citizenship records, birth certificates, and land title deeds. These documents are very similar to their modern-day equivalents.

Meanwhile, passports were invented in 1414 by King Henry V in England, where documents were created for the specific purpose of allowing English citizens to prove their nationality when abroad. In those days, the papers weren’t known as passports but as “safe conduct” documents. They were hardly the ubiquitous entity available to all citizens today but were still a close equivalent of the modern passport.

The British Parliament in 1829 created the Robert Peel reforms to maintain printed police records. This meant that personally identifiable data needed to evolve to meet these new needs. Printed records could finally be stored in a document file and connected to individuals through a unique number. This represents the earliest version of current governments’ databases that are connected to citizens’ ID cards.

In a slightly more advanced iteration, the Netherlands launched their own Personal Number (PN) system in 1849 — even though personal identity cards weren’t issued to all citizens until 1940. Around the same time, the U.S. launched its Social Security number cards, which were first provided to citizens in 1936. Electronic processing allowed such systems to gain prominence in countries throughout the world. Earlier inventions that were repurposed, such as the 1840 invention of the negative-positive identity system, were also instrumental in making number cards more widespread.

Until 1977, personal identification documents and records were largely paper-based. In that year, the U.S. computerized all these records and developed a matching program that could cross-reference information between different banks and governmental systems. As more official bodies hooked into this program, it became easier to keep tabs on citizens and monitor information such as if they received their welfare checks or were being taxed suitably.

This digital program enabled the launch of smart cards in many countries a decade later. The goal of these cards was to link individuals’ identity to critical information, such as financial details, citizenship status, and health information, that would allow for easier deployment of public services. Date of birth, biometric data like fingerprints, and digital signatures were all connected to the card. Over the years, biometric data would only become more sophisticated. Palm prints, iris recognition, facial recognition, and vascular pattern recognition were all developed in the early 21st century.

As more businesses switch to the online sphere, the process of ID verification has had to evolve yet again to combat the rise of internet fraud and maintain compliance. Know Your Customer (KYC) regulations were formalized in the Patriot Act of 2001 in light of new fears of international terrorism funding. KYC and electronic ID verification play a significant role in broader Anti-Money Laundering (AML) activities.

Title III of the Patriot Act states that financial institutions are responsible for the Customer Identification Program (CIP) and Customer Due Diligence (CDD). The first requires banks to see valid forms of ID from customers, and the latter requires banks to report suspicious activity, which itself requires more thorough monitoring of customers’ behavior and comparing it to the norm.

Today, there are many solutions that were designed specifically to make the process of customer ID verification both more efficient and precise. Lightico’s broader basket of customer transaction tools also includes a cutting-edge ID verification offering. Customers simply take a selfie using their smartphone camera and upload it to a mobile-optimized environment, along with an image of their ID card. The customer’s photo on their ID card is then matched with the selfie using AI, ensuring an accurate match.

ID verification has come a long way since tattoos and beads were used to glean identifying information about individuals. In today’s digital world, there are solutions that can make the process of accurately verifying customers’ identity effortless. Lightico can be a good fit for business spanning a large range of industries, including banks, insurance companies, and auto lenders. Learn more at Lightico.com. 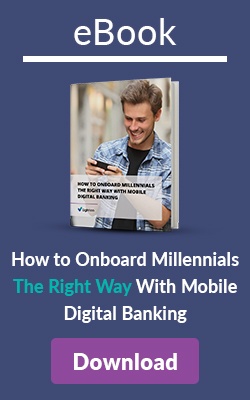