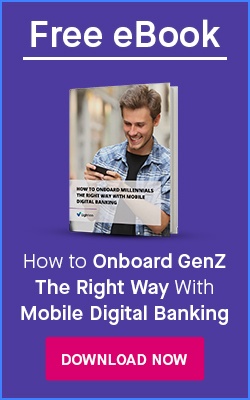 There’s little dispute about the economic clout of Generation Z: the adults born after 1997 represent $44 billion in buying power. By 2020, they will make up 40 percent of U.S. consumers. One-quarter of the U.S. population belongs to this group, so it would seem that brands would scramble to court its members.

Banks are taking notice. The industry is stepping up its efforts to take full advantage of those impressive numbers.

But is it working? Lightico recently commissioned a survey of 1,000 Americans about how they interact with their bank, and their overall customer experience. The survey included customers of a number of banks, including big players such as JP Morgan Chase, Citibank, Wells Fargo, and Bank of America.

The data reveal that this entrenched industry isn’t making its desired impact on Generation Z. That’s despite banks’ attempts to become more innovative to appeal to these digital natives.

That may seem like a disconnect, since digital transformation has been a goal of banks for many decades. But these initiatives just aren’t yet enough for the “always on” Generation Z demographic.

Digital and mobile platforms are critical banking systems that they must build in order to thrive with Generation Z. As the report shows, it is key for banks to start serving these new audiences through new channels to improve their customer experience.

Born Into Their Family’s Bank Banks probably know they already have a number of Generation Z clients. That’s for good reason. The Lightico survey found that this group tends to start off banking with a familiar brand. So the fact that a family member is already a client at a particular bank is key factor in their initial bank choice.

In other words, Generation Z is disproportionately reliant on what’s easy and recognizable through family connections. When it comes to their initial banking relationships, Generation Zers don’t do much shopping around. That comes later.

Location and familiarity only go so far. As it turns out, Generation Z often do not have a good first impression of banks. Among their initial disappointments are that these institutions are not digital enough.

This demographic has never known life without technology. About 45 percent of teenagers — only a few years away from becoming full-fledged adults and banking clients — are online several times a day.

Mobile and online experiences are not just second nature — they are what’s expected from any interaction with a brand. From streaming services like Netflix to shopping outlets like Amazon, Generation Z are born linked with the online world.

But when it comes to their banking relationships, too much happens offline. Our survey showed that digital convenience often isn’t available to Generation Z, more than other age groups.

Specifically, during an online transaction:

Of course, there are reasons banks want to see a client in person. There are rules and regulations, not to mention identity verification requirements which protect the client as much as the institution.

Nonetheless, these offline requirements are particularly burdensome for Generation Z. It does not contribute to making the banking experience enjoyable or convenient.

This has real implications for banks, who want to market their core products to this demographic.

Lightico found that the top frustrations among this group in applying for a credit card, new account or loan are having to physically go to a branch and the amount of paperwork. This data was further demonstrated by our students’ report on opening accounts and credit cards.

Those were cited by 75 and 73 percent of Generation Z respondents, respectively. Interestingly, these were much bigger frustrations than a slow online app, which was cited by only 43 percent of respondents. It may seem counter-intuitive, but for those digital natives, a positive service experience is especially important. They may want to rely on apps and online platforms, but they also expect excellent customer service. The Lightico survey found that more than half of Generation Z respondents (51 percent) considered switching banks as a result of a bad service experience.

That’s twice the rate of the other age groups. In other words, this is a group that expects to be treated well, and will look for alternatives if they are not. Generation Z seems to have no qualms about leaving their original bank. That’s true even if there is a family legacy with that brand. More important than the original draws of convenience and familiarity are the online and mobile experience.

82 percent of Generation Z respondents said they would switch financial institutions if the alternative offered them superior digital experiences. Banks Have A New Opportunity To Reach Generation Z

Generation Z is rightfully a main target of major industries. Their buying power and sheer size, especially in the coming years, is tough to ignore. Although banks see the coming influx of clients from this age group, they are not doing enough to keep them in the fold.

These customers arrive at banks largely because they have been led there by their parents. As they get deeper into the banking experience, they often find it’s not what they hoped. As a result, they are ready to leave to find better customer interactions elsewhere.

Specifically, Generation Z is looking for superior digital and mobile experiences. Those experiences should make it easy and pleasant to explore and purchase banking products. In every interaction with their bank, they want the process to go smoothly. That usually means it’s online and accessible at their fingertips.

GenZ expect simple, digital and mobile banking experiences. And, its clear that if they don’t get them, they will search elsewhere for their financial services.

Your Subpar Loan Modification Form Is A Business-Killer

Amalgamated is America's socially responsible bank. For the last 97 years, it has empowered organizations…

How Banks Can Use eSignatures to Empower Rural Communities

It’s not easy for rural customers to access the banking services they require. Branches are…